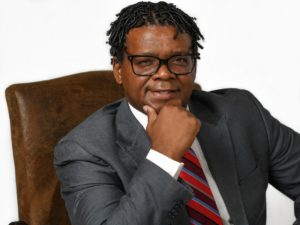 Dr. Kendall Baker is a native of Houston, Texas who is a devout Christian.  He was raised in Fontaine Place located in northeast Houston.  He attended several local colleges including Bible colleges and seminaries and currently holds a Doctorate of Divinity degree from Kingdom Builders Bible Seminary.  Dr. Baker retired from the City of Houston after 29 years of public service. His exiting position was a Division Manager for the Administration and Regulatory Affairs Department, Operations Division, 311 Help and Information Center.  He served as a versatile professional with broad experience including management and staff development, an in-depth knowledge of contact center operations, and problem-solving abilities. During his tenure, he also worked in various management capacities in other departments including the Office of the Mayor, Public Works & Engineering Department (PWE)- PWE – Consumer Affairs Division, PWE – Utility Operations Center and the then General Services Department – 911 Emergency Network. Dr. Baker was widely known as “the voice of the City” for the many illustrious voice-over jobs he performed for the City whenever called upon by the Houston Information Technology Services or (HITS) Department. While working for the City of Houston, Dr. Baker simultaneously pursued the call to ministry.

Formerly Dr. Baker served as the Director of Field Operations for the Houston Area Pastor Council (HAPC), under the leadership of Rev. Dave Welch. HAPC was founded in 2003 by Rev. Welch alongside a group of thirteen pastors as a inter-racial coalition of senior pastors who came together to bring a united, Biblical voice to the city, state and nation. The HAPC has grown to over 300 plus senior pastors in the Houston area as well as assisted in developing Pastor Councils in Austin, Beaumont, Sacramento, Virginia Beach, San Antonio, El Paso and other cities around the nation that are organizing, subsequently birthing the identity of the U. S. Pastor Council (USPC) and Texas Pastor Council (TXPC) to connect those teams of pastors. USPC is the only culturally and politically active organization from a Biblically grounded perspective that is focused on developing strong, functioning teams of pastors in each city as a means to enlisting a strong remnant at the grassroots level.

Dr. Baker has been very active on the political circuit championing conservative causes in his pursuit of elected positions such as the Mayor of Houston, state representative and now HISD Trustee VI.  In March of 2011, Dr. Baker was elected to the office of the 3rd Vice President/3rd Bishop and Overseer of the Family Life International Fellowship, Houston jurisdiction under the leadership of the late Bishop Robert C. Jefferson.

In addition to traveling annually around the country and to South Africa for ministry opportunities, Dr. Baker has been used by God to preach the gospel in many countries including Nigeria, Ghana and the United Kingdom.

Dr. Baker is an active resident of District VI and deeply cares about the education of our youth in addition to maintaining fiscal integrity of taxpayer dollars.  Dr. Baker is a parent of a developing child and is an astute businessman.  He has a 5-point plan to usher HISD to higher academic achievements across all socioeconomic demographics.  His 5-point plan includes fiscal accountability that will decrease property taxes for citizens.  Dr. Baker is very much aware that the effects of Covid-19 have left gaping educational disparities among our promising youth; however he does not support masks mandates or critical race theory.  He believes in the fundamental principles of choice and freedom while refraining from topics that divide our community.